The holiday season  is our time to celebrate the birth of Jesus Christ, spend time with our families, make and share memories for years to come…and oh yes, wait on Christmas Eve for the arrival of Santa Claus. Everyone loves the jolly old fat man, even Hollywood. Unfortunately, Hollywood hasn’t been too kind to the right jolly old elf. And this week’s movie is no exception to that. Let me introduce you to the 1964 masterpiece known as Santa Claus Conquers the Martians. Well, with a title like that, how can you go wrong? Right? This is a nice family film for the holidays so you and the whole family can cuddle up on the couch next to the fire, load up your favorite streaming service, and enjoy this Christmas classic. Our Christmas gift to you are a list of some important details that you might miss. Season’s Greetings!

Streaming on: Netflix and Hulu+

Martian kids are acting depressed and all they want to do is watch the Earth shows on the video box. They even have to use sleeping dust to fall asleep…someone please help them. In an attempt to let their kids be kids, Martian leader Kimar, decides that the solution is to kidnap Santa Claus and bring him back to Mars so that he can spread happiness to Martian kids everywhere. Kimar and his henchmen run into two children, Billy and Betty, and take them as collateral damage in the kidnapping. With the help of the very scary Trog the robot, the Martians take Santa hostage and return to Mars. While on Mars, Santa agrees to spread his cheer to their kids and is opposed by Kimar’s, evil minded second-in-command, Voldar.

Quotes to bring you Christmas joy:

“I forgot how to sleep, so I was just practicing.”

“Kidnap the Sandy Claws, tie him up real tight; throw away the key and then just turn out the lights.” – oops, wrong movie

“Are you a television set?”

“You won’t get away with this you…you…you martian!”

“By the great dark star, Santa’s treating him like a toy!”

“What’s round and soft and you put on a stick and you toast on a fire, and it’s green? A martianmellow!”

Throughout this movie, I couldn’t help but think that this movie was an elementary school Christmas play. The sets, costumes, and acting would be about the same quality, and like the movie, the best acting would be done by the kids. This movie is just too easy to make fun of, and I have not passed up any opportunities to do so. With that said, I did somewhat enjoy the film. Not that it was any good, but it made me laugh and I can totally see a family enjoying this movie together. Anything that can bring a family together and entertain them has some respect in my book. Okay, enough sweet things to say, I’m giving this movie 3 turds out of 5 due to their crappy sets, costumes, and terrible acting adults.  Ahhh…Merry Christmas!

We’ve survived Black Friday shopping sprees and Cyber Monday sessions at the computer and now it’s time for the holiday season. Christmas lights, mistletoe, presents, bad Christmas movies. And oh yes, there are some. When the weather gets cold and families want to bundle and cuddle in front of their televisions for a good movie, holiday movies are watched in mass. My gift to you is a weeding out of some of those really awful Christmas movies so that you can watch something better with your family.

My first red flag of a holiday movie is called Gingerdead Man 3: Saturday Night Cleaver. You might be thinking, I’ve never heard of the first two movies and there is a terrible pun in the title, this movie must be cheesy and stupid. And you would be correct. While the theme of a Gingerbread Man is a Christmas icon, the movie itself has nothing to do with the holiday season. You might want to save your self the time and put the video on fast forward and take a look at the notes of all the important things to watch for we’ve provided.

A killer Gingerbread Man is released from a “maximum” security mental institute and time travels himself back to the year of 1976 where he wrecks havoc on a lowly Roller Boogie Skating Rink that is about to go out of business. For no apparent reason other than being evil and mean, the Gingerdead Man hacks, chops, and shots his way through the facility. With the help of two time traveling kids, a telekinetic nerd girl, and some infamous serial killers the goal is to save the Roller Derby and put the evil gingerbread cookie back into his cookie jar. – Trust me, it sounded stupid even typing it, but that’s the premise of the film.

What You Want to Watch for:

“I know, maybe we can hold a Roller Derby Disco Bikini Car Wash in the parking lot tonight!”

“She’s Cherry, and I’d like her to stay that way.”

“Do a little dance, make a little love, gimme a homicide tonight.”

“…And her trusty sidekick, Pickles.”

Maybe without the lame attempts at movie spoofing this movie may have been somewhat tolerable. But then I also can’t ignore the cheesy and stupid dialogue (which consisted of hundreds of grunts, “ohs”, and “whoas” from the title character) and the very, very badly done CGI. Practically every kill was done through the use of CG and made as if a thirteen year old had used MovieMaker or iMovie to add special effects to their YouTube video. Gingerdead Man is yet another film that doesn’t take itself seriously at all and it actually hurts it. It may have been more enjoyable if the filmmakers would have tried to take a bit of it seriously and not put so much effort into trying to conform their story into a movie spoof. The one-liners from the main character started off a bit humorous, but then just became predictable and unnecessary. The most charming and enjoyable character throughout the whole film was a little boy with the name of Pickles. Everyone else just seemed really annoying.

There is not much for a soundtrack as various disco tunes played throughout (and it sounded like the same song over and over), however I will give kudos to the opening theme song and credit sequence. The song was more cleverly written than the film itself. Despite all of it’s flaws, I have unfortunately seen worse movies than this. I am giving this dreadful movie a very reluctant 2 turds out of 5, but only because I’m in a giving mood for the Christmas season. 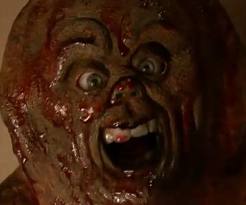 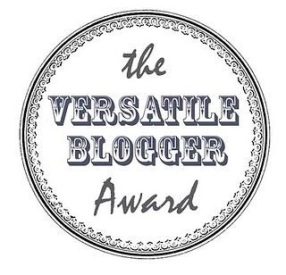